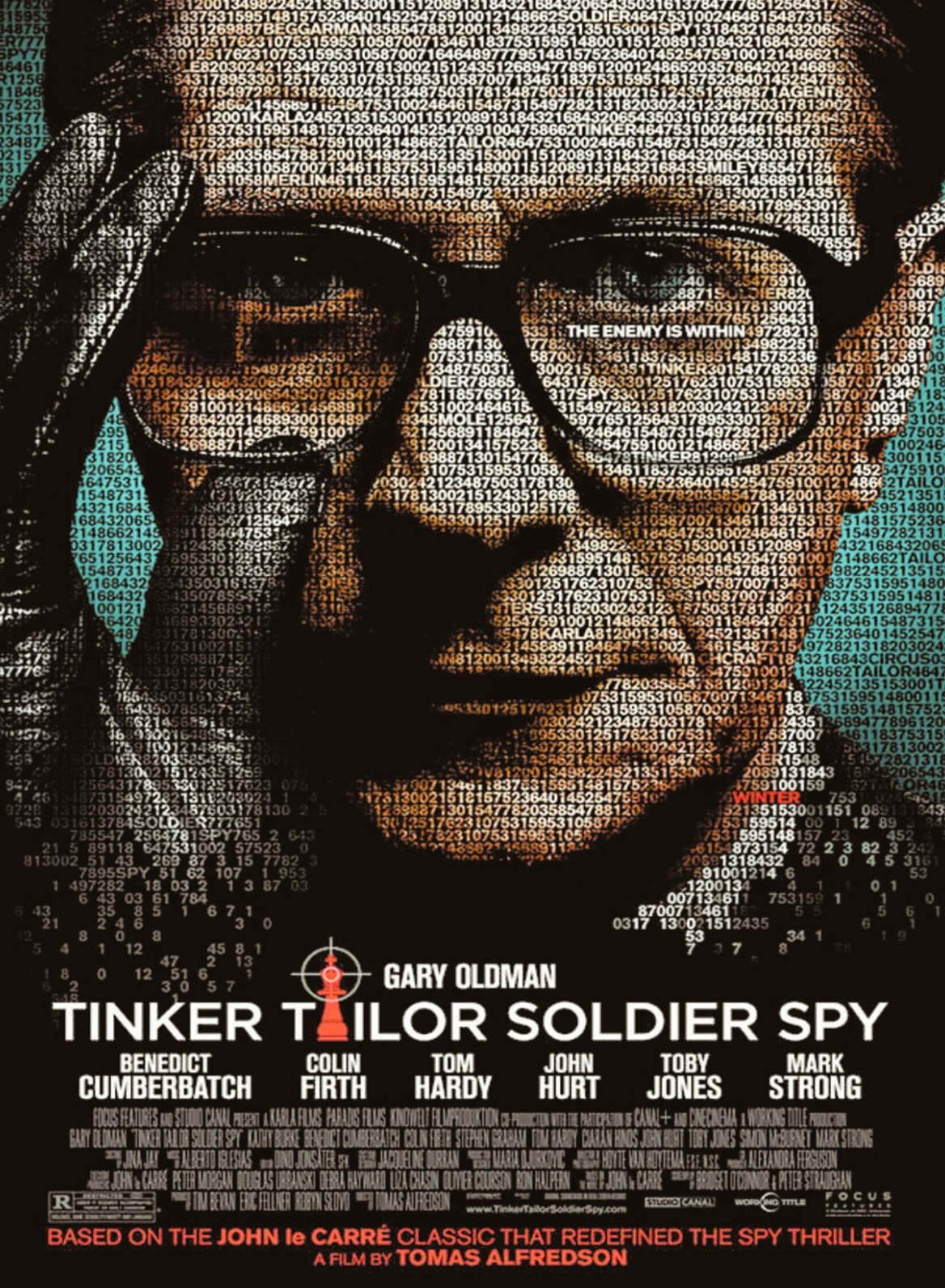 It seems to be a fairly safe assessment that James Bond has eclipsed many of the other famous names in spy fiction. While Bond is surely the most famous, and probably most loved, it would be unfair not to look at some of the lesser-known names of spy stories. One such name is George Smiley, an aging representative of British Intelligence, who was created by author John le Carre. Smiley debuted in the 1974 novel, Tinker Tailor Soldier Spy. The novel was adapted to the small screen in 1979, receiving much acclaim, and featured Alec Guinness as Smiley. Three decades later, le Carre's work would reach the big screen - the film version of Tinker Tailor Soldier Spy being the subject of today's review.

Secret agent Jim Prideaux (Mark Strong) has been chosen by his superior, code-named Control (John Hurt) to undertake a covert mission. Prideaux is to go to Budapest in hopes of meeting a contact who will be able to shed light on a possible mole at work in the British Secret Service. However, the mission is a failure - Prideaux's cover is blown, and he is shot and badly wounded. The scandal rocks the service, forcing Control and one of his senior agents, George Smiley (Gary Oldman) to resign. Shortly thereafter, Smiley is brought out of retirement when another agent, Ricki Tarr (Tom Hardy) uncovers new evidence that a mole is still at large within the British secret service. Alongside fellow agent, Peter Guillam (Benedict Cumberbatch), Smiley narrows his suspects down to a close group of men, among them, one of Smiley's oldest friends Bill Haydon (Colin Firth). As Smiley gets closer to the truth, he discovers that uncovering the mole will be a far more dangerous operation than he ever could have expected.

Tinker Tailor Soldier Spy should perhaps come with a disclaimer of sorts: this is the thinking man's spy thriller. Though car chases and action set pieces can be very entertaining, they are nowhere to be found in this story, Smiley's efforts confined to interviews and testimonies. This can make for potentially arid viewing, but there is something incredibly compelling about the film, and it is rather fast-paced, making it fell shorter than its two-plus hours running time.

What attracted me most to the film was its cast, which in my mind is one of the greatest assembled casts of any film period. In the starring role is the versatile Gary Oldman. Oldman presents a low-key and quiet George Smiley, but he is an incredibly likable character who the audience is certain to rally around in their quest for the truth. It is interesting to note that Oldman was nominated for Best Actor at the Academy Awards, and one wonders that if the film had not been released the same year as The Artist (for which Jean Dujardin won the award), how Oldman may have fared. If I had more time I'd elaborate on the parts played by Colin Firth, John Hurt and Benedict Cumberbatch as each of them turned in fine performances, but that can honestly be said of the entire cast.

I have not read le Carre's original novel, nor have I seen the aforementioned 1979 version in its entirety, so I cannot describe how the film fares on those fronts, but I feel compelled to make mention of the production design which was very striking. It is obvious that the film was impressively mounted with great attention to detail. The sets were strikingly created, mirroring the bleak, monochrome nature of the story. Of particular note was the set for the secret service's archive room which provided a nice setting for one of the film's more suspenseful scenes.

Tinker Tailor Soldier Spy was a film which exceeded my expectations dramatically. The film featured a wonderfully complex story and boasted excellent performances from some of British cinema's biggest names. Despite being far more grounded than the wham-bang nature of most spy thrillers, Tinker Tailor Soldier Spy should not be missed by those who love the spy genre, or those who enjoy a good, old-fashioned thriller. I therefore give it 4 out of 5 stars.
Posted by Nick Cardillo at 6:03 AM