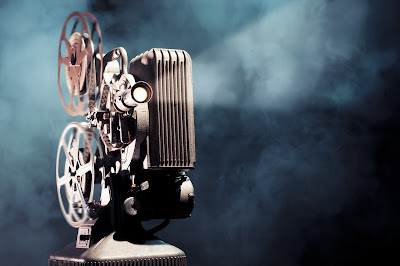 I think it's safe to say that we're in something of a Sherlockian dry spell now so material for this blog has been pretty minimal lately. Still needing an outlet for my thoughts and opinions, I have created a second blog which I will maintain in addition to this one.

The new blog is entitled Sacred Celluloid and can be found here. Sacred Celluloid will host my thoughts and reviews on movies on a whole including classic cinema, recently-released features, and everything in between. I hope that you will stop in from time-to-time, and rest assured that big news in the Sherlock Holmes world will still be covered here.
Posted by Nick Cardillo at 6:55 AM 2 comments:

Review - "Sherlock Holmes and The House of Pain" 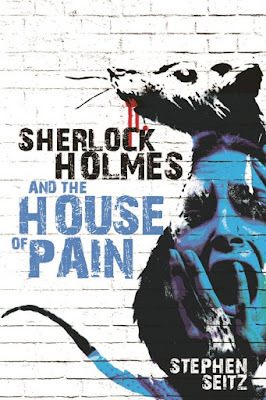 The worlds of Arthur Conan Doyle and H.G. Wells do not often mix. Doyle's Sherlock Holmes stories are firmly rooted in a realistic world while Wells' novels of science fiction are quite different. However, of all Wells' novels, one does seem to lend itself pretty easily to the Conan Doyle Canon; that being The Island of Dr. Moreau which was first published in 1896. There are elements of Gothic horror inherent in Wells' novel of science-gone-wrong and it is not a difficult proposition to link these themes to the stories of the world's most famous detective.

Despite the possibilities, to my knowledge the crossover has only seen print once or twice before; Guy Adams' The Army of Dr. Moreau and Don Roff's "The House on Moreau Street" which threw R. Austin Freeman's Dr. Thorndyke into the mix as well. The latest pairing of Holmes and the mad doctor can be found in Sherlock Holmes and the House of Pain by Stephen Seitz which is the subject of today's review.

An old acquaintance of Dr. Watson's arrives at Baker Street in need of help. His sister, a missionary, has disappeared in the slums of Spitalfields. Journeying to the section of the city, Holmes and Watson soon hear tales of massive rats which live beneath the streets of the city. On a sojourn into the sewers, Holmes and Watson discover that the rats are highly advanced intellectually and have created their own law. The sight stirs in Holmes vivid, horrific memories from his days at university where he met Dr. Alexandre Moreau who conducted ghastly experiments on animals. Has the mad doctor returned? In order to answer the question Holmes will butt heads with a young George Edward Challenger and confront horrors from his past.

Sherlock Holmes and the House of Pain excellently blends together the works of Arthur Conan Doyle and H.G. Wells. In his introduction, Seitz neatly fits Wells' novel into the chronology of the Canon. Seitz's novel is set in 1887 and therefore allows for the young Holmes to easily recall the days from his youth before he was a consulting detective. The novel also manages to nicely capture the essence of Gothic horror which brims beneath the surface of Wells' original. Seitz's writing manages to make the most of these horrific situations and I for one was drawn into the story easily, never truly questioning the logistics of Holmes and Watson encountering rat men in the sewers of London.

While Seitz's voice for Watson was admirable, his efforts to re-capture the voice of Sherlock Holmes did fall a little flat at times. Holmes was never able to show off his brilliant cognitive ability, which I believe hurt the narrative in places, especially when Holmes was recounting his days as a student and meeting Dr. Moreau for the first time. As to the characterization of George Edward Challenger, I cannot say. Challenger was, of course, the other famed character created by Sir Arthur Conan Doyle who appeared for the first time in The Lost World. Challenger has gotten the reputation for being a loud, boisterous man which Seitz conveyed very well. However, any specifics regarding the man I was unable to pick up on as I have not yet read The Lost World.

As can be implied from a story involving giant rat men, there are references to The Matilda Briggs and The Giant Rat of Sumatra. Seitz's novel does live up to the great detective's assertion that the "world is not yet prepared" for the story, something which cannot be said for all versions of the untold tale.

In all, Sherlock Holmes and the House of Pain is an original, fast-paced story which seamlessly combines the worlds of Arthur Conan Doyle and H.G. Wells. The narrative, though at times over-the-top in execution, is thrilling, told in an authentic Doylean manner. The novel does at times fall short as Holmes does not always sound like his Canonical counterpart. However, I give the novel 3.5 out of 5 stars and do not hesitate in recommending it.

Sherlock Holmes and the House of Pain will be released 23 September, 2015 by MX Publishing. I received an advance copy from the author in exchange for a review.
Posted by Nick Cardillo at 11:54 AM 2 comments: