"The Valley of Fear" - Forgotten Masterpiece? 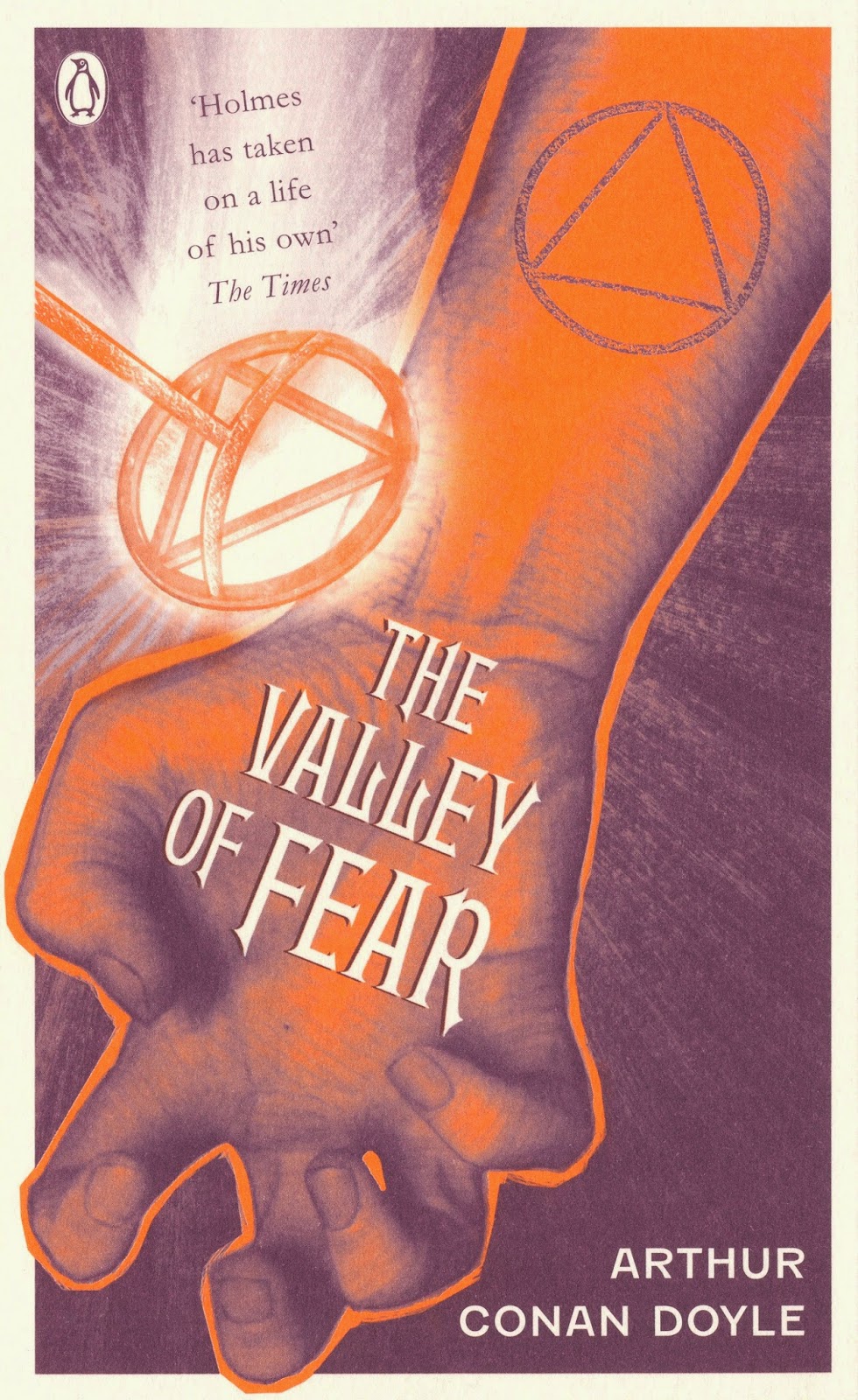 The Valley of Fear is arguably the most forgotten of the original Sherlock Holmes novels. Unlike the first three novels it doesn't have the same number of distinguishing features, and much like A Study in Scarlet, the detective is only present for half of the novel. Despite this fact, The Valley of Fear is, I think, more entertaining than its similar predecessor. Not only does it have a more interesting mystery, but a back-story which is arguably more interesting and better crafted than the bits with the world's greatest detective.

The Valley of Fear is interestingly one of the later Sherlock Holmes stories, published first in 1914. The novel was Doyle's first Sherlockian effort since The Adventure of the Devil's Foot which was first published in 1910. When one looks at the ingredients of the novel, it seems as though Doyle was returning to the detective with a vengeance. The Valley of Fear features: an impossible crime, a mansion brimming with suspects, a revenge-killing, a secret society and even Professor Moriarty! Unlike the thinly disguised adventure or horror novels that were The Sign of Four and The Hound of the Baskervilles, The Valley f Fear is a mystery through and through and what's more, it seems to be the first of its kind as the novel's second half, set in the United States of America, is more akin to a hardboiled detective story than the traditional Sherlock Holmes story.

I argue that the reason for the novel's relative obscurity compared to the other three Sherlock Holmes novels is due to its lack of dramatic adaptations. Much like A Study in Scarlet, Holmes isn't around for the background information which have dramatic possibilities all their own. That's not to say that there have not been adaptations here and there - 1935 saw the release of The Triumph of Sherlock Holmes which starred Arthur Wontner as Holmes. The film is a direct adaptation of the book, the second half intact. The abysmal 1962 film Sherlock Holmes und das Halsband des Todes (Sherlock Holmes and the Deadly Necklace) retains a few of the novel's plot threads and The Blind Banker, the second episode of Sherlock retained the code-breaking technique used in the novel's opening chapter. 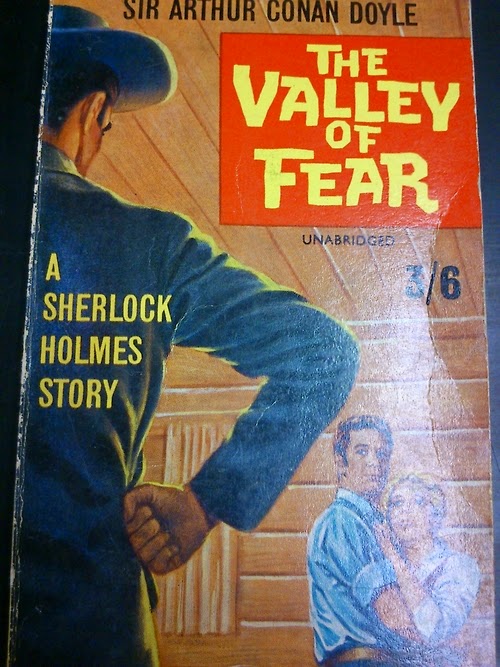 Perhaps because of its obscurity, The Valley of Fear contains a number of surprises to its reader. Perhaps the first comes in its re-introduction of Professor Moriarty. Moriarty plays a shadowy presence in this novel, only ever loitering on the periphery. This aspect of the Professor's character would certainly influence future incarnations such as Eric Porter's scheming Moriarty from Granada's acclaimed series and Jim Moriarty's "consulting criminal" in Sherlock. The novel further justifies the Professor's brilliance with the introduction of his scientific thesis, "The Dynamics of an Asteroid."

The Valley of Fear also boats one of the finest mysteries in the Holmes canon and it's one of the few times that Doyle utilised the "impossible crime" scenario. In addition, the mystery is one of the few in the canon which features a number of suspects in the style of Agatha Christie. It proves that the novel paved the way for various types of mysteries to come in the future. As mentioned above, the second half of the novel set in the Vermissa Valley, the titular Valley of Fear, follows an undercover Pinkerton agent as he infiltrates a secret order of criminals. This aspect of the story more than any other is a prototype for the hardboiled detective mysteries which were to emerge during the '20's and '30's which truly makes The Valley of Fear the first of its kind. 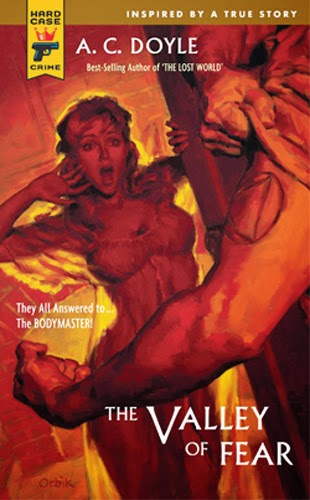 It is interesting to note that the hardboiled aspect of the novel seems to garner much more attention today than the actual mystery.Perhaps the best bit of advertising I've seen for The Valley of Fear can be seen at left as the book was re-issued for the "Hard Case Crime" series. Aside from the rough and rugged cover art, the novel is penned by A.C. Doyle, which seems to go to great lengths to make the book seem more like a hardboiled novel than a Sherlock Holmes mystery. The cover also plays up the "based on a true story" aspect of the novel's plot. Doyle loosely based the plot on the exploits of James McParland, an American Pinkerton agent who infiltrated the secret society known as the Molly Maguires who operated out of a coal-mining town in Pennsylvania.

In the valuable resource Sherlock Holmes for Dummies, much is made of the hardboiled story-line as well as the increased level of violence which interestingly leads into the next set of short stories, The Case-Book of Sherlock Holmes, which curiously features some of the most violent stories in the canon.

In all, The Valley of Fear is one of the best of the Sherlock Holmes stories and unjustly forgotten in the canon today. While it is perhaps less famous than its predecessors, the novel has a number of excellent points which make it more deserved of a re-evaluation than any other story.
Posted by Nick Cardillo at 5:19 AM