The Top 10 Sherlock Holmes Pastiches (Of All Time) Part II

Let's not waste any time and proceed at once... 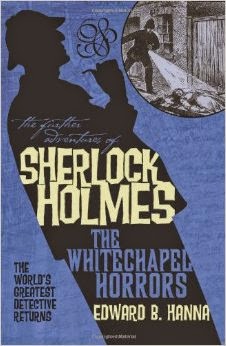 #5 - The Whitechapel Horrors by Edward B. Hanna - It would be an understatement to say that Sherlock Holmes has faced off against Jack the Ripper a lot in fiction. Two films, countless novels and even a video game feature this premise. However, one version of this oft-told story stands out above all the others - Edward B. Hanna's The Whitechapel Horrors, surely the finest book to feature the world's greatest detective matching wits with history's most famous killer.

Written in the third person as opposed to Watson's narration, Hanna's narrative manages to weave in a great deal of historical content into his fascinating story. Many of the theories regarding the Ripper's identity are explored within the book as Holmes and Watson move through a tangled web towards the truth. The late Hanna was clearly well-up on his Sherlockian knowledge as there are many references to the original works and each chapter opens with a quote from the canon. For a devout Sherlockian, The Whitechapel Horrors is simply brimming with Sherlockian goodness from start to finish. With a page-count which exceeds 400 pages, it's easily the most thorough Holmes vs. Ripper novel ever published, and one which is sure to impress both the Sherlockian and the Ripperologist. 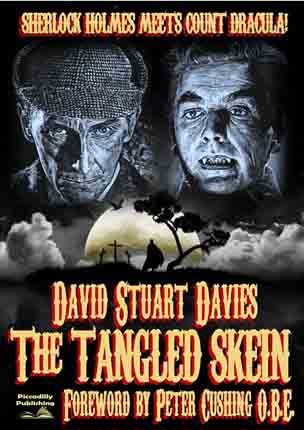 #4 - The Tangled Skein by David Stuart Davies - Aside from plots which find Sherlock Holmes squaring off against Jack the Ripper, the other most common literary encounter is the great detective meeting the king of vampires, Count Dracula. The concept has been a multitude of times, but perhaps the best representation of this concept is David Stuart Davies' novel, The Tangled Skein. Set after the events of The Hound of the Baskervilles, Holmes' pursuit of the very-much alive Jack Stapleton soon lead him to encounter Dracula himself on the Devonshire moorlands.

The Tangled Skein is part Sherlock Holmes novel and part Hammer horror tribute (which is probably why I love the book so much). The twisting, turning story-line is deftly woven and despite the overt supernatural elements inherent in the plot, the book still feels true to its Doylean origins. For those interested, Big Finish Audio adapted the novel as part of their Sherlock Holmes series, and I cannot recommend it highly enough. The brilliant music, sound effects and performances from Nicholas Briggs and Richard Earl heighten the already fantastic plot, and one is liable to feel a cold shiver pass through their spine while listening. In all, if you're looking for a pastiche to sink your teeth into (pun intended), look no further than The Tangled Skein. 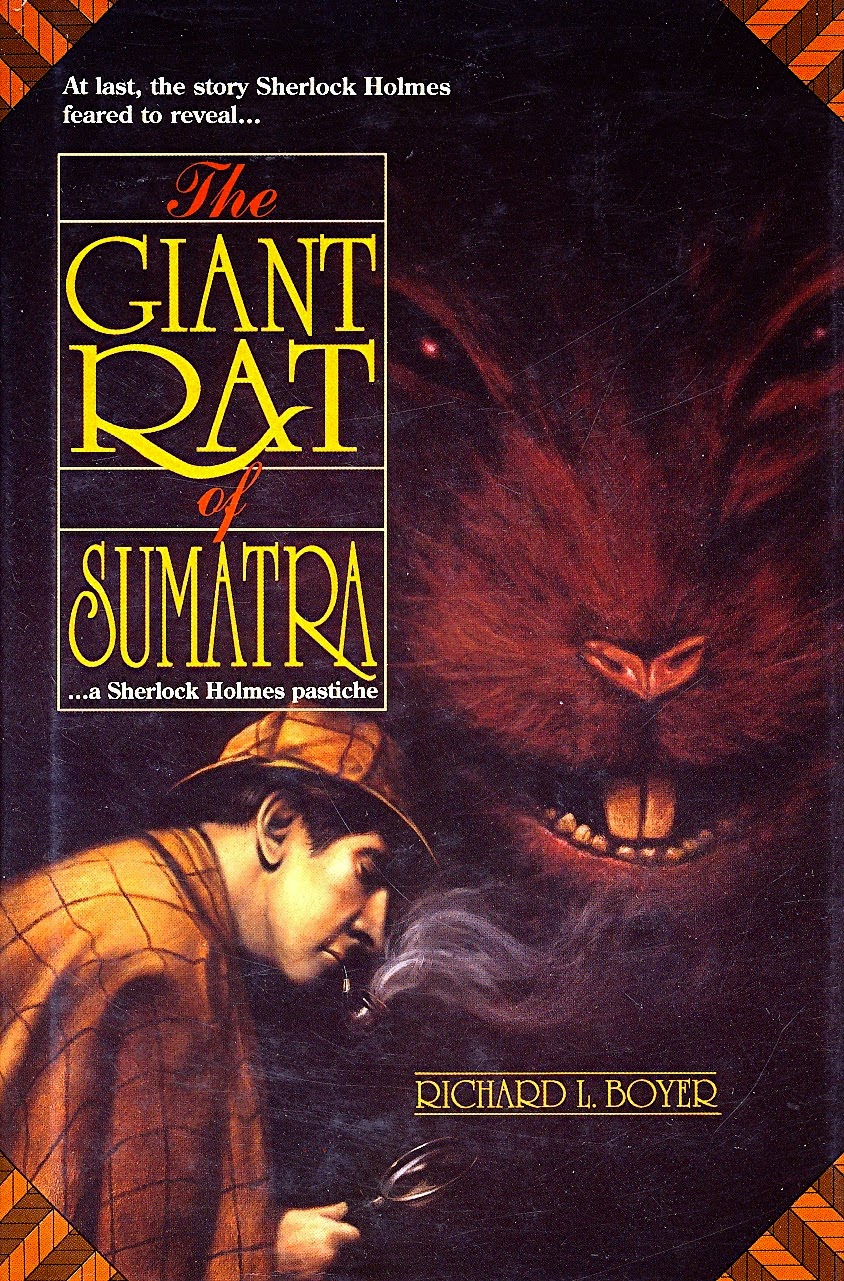 #3 - The Giant Rat of Sumatra by Richard L. Boyer - "The story for which the world is not yet prepared" is without doubt the most famous of all the untold Sherlock Holmes adventures referenced in the canon. Dozens of variations on the concept have seen print, but the version penned by Richard Boyer is a work of sheer genius. Few writers have captured the original Doylean style of writing the way Boyer did, and presents his characters faithfully.

When a seaman drops dead on Holmes' doorstep, Holmes and Watson are drawn into a complex mystery which surrounds a mysterious ship called "The Matilda Briggs." Investigating further, the duo soon discover a link to a recent kidnapping and will face an old foe in doing so. What is so impressive about the plot for The Giant Rat of Sumatra is that it is a genuine mystery, with clues dropped all the way through which only the most keen of readers will see. Oftentimes, a pastiche leans towards being an adventurous novel, which is fine, but it's fantastic to see an author craft a truly intricate mystery for the great detective to solve. That's not to say that there is no adventurous spirit in the novel - the climax in particular is quite dramatically realised with its fantastic twist ending. I do not want to divulge too much as much of the fun of The Giant Rat of Sumatra is being lead on the same path to discovery as the detectives. 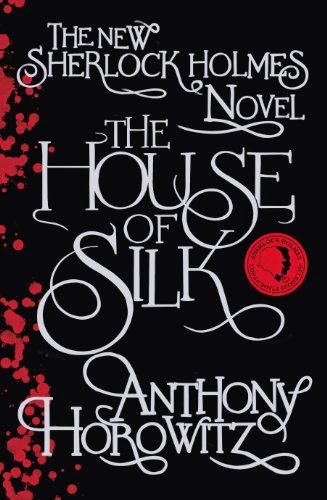 #2 - The House of Silk by Anthony Horowitz - I think part of the appeal of The House of Silk is that it was penned by an author of a high calibre. What's more, Anthony Horowitz shows that he is a genuine fan of Arthur Conan Doyle and the original stories in his pastiche, surely the best Holmes pastiche of recent memory. Advertised as Holmes' darkest case, the claim is certainly true. While investigating a man's claim that he is being pursued by a dangerous criminal, Holmes and Watson become entangled in a web of devilry and deceit. They are faced with one seemingly unanswerable question throughout their investigation: what is the House of Silk? Little do they know what dangers the pursuit of that answer shall bring.

Horowitz's fidelity to the canon is excellent with fine portrayals of the principle characters. His tone does differ at times from Doyle's, but Horowitz fill his pages with references to the originals which are sure to warm the heart of any Sherlockian. The plot is tense and incredibly suspenseful, putting Holmes and Watson in a number of truly compromising situations. And Horowitz's prior experience writing for Agatha Christie's Poirot and Foyle's War comes into play as he manages to pull off when the greatest twist endings in any pastiche I have ever comes across. 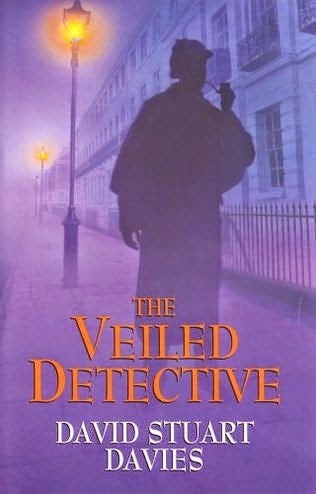 #1 - The Veiled Detective by David Stuart Davies - Writing a pastiche is a difficult enough task. Writing a pastiche which tries to do something very different with its central characters is another matter entirely. But David Stuart Davies managed to pull it off wonderfully in what I believe to be the greatest Sherlock Holmes pastiche I have ever read. The Veiled Detective makes for absolutely compulsory reading once you've started.

The premise finds a medical doctor named John Walker hired by Professor Moriarty to spy on a detective named Sherlock Holmes. Assuming the name Watson, Walker moves into Baker Street and together the two begin work together as detectives, embarking on some of their most famous cases, the real details of which are finally made public. The Veiled Detective portrays its central figures in a different light - all are flawed, very real human beings. The original plot aside, the novel is a brilliant character study and allows the reader to examine the close friendship between Holmes and Watson in a way which has not been possible before. I was blown away by this book when I read it for the first time some four years ago and it has left a tremendous impact on me to this day. If you're interested in a fascinating character study of the world's greatest detective, The Veiled Detective is highly recommended.

As always, I open it up to you now. What do you think of the list? Did I leave one of your favourites off? Feel free to leave a comment below.
Posted by Nick Cardillo at 3:48 AM