Review - "Doctor Who: Robot of Sherwood" 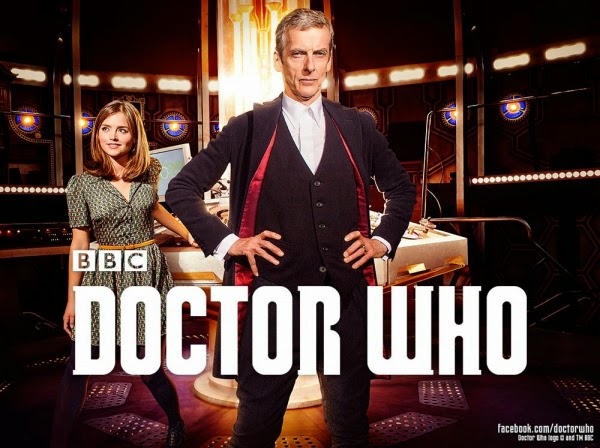 Doctor Who is a television show which I think is made to entertain. While Series 8 has so far been a bit more bleak and dark, the latest episode has restored the sense of adventure inherent in so many of Doctor Who's other episodes. That episode is Robot of Sherwood written by Mark Gatiss and finds the Doctor meeting the one, the only Robin Hood!

Despite great skepticism, the Doctor (Peter Capaldi) agrees to take Clara (Jenna Coleman) to Sherwood Forest during the medieval period to meet Robin Hood (Tom Riley). Certain that Robin Hood is only a legend, the Doctor is at first reluctant to give the prince of thieves a hand. The people of Nottingham are being oppressed by the tyrannical Sheriff of Nottingham (Ben Miller), the Sheriff unleashing a veritable army of mechanical soldiers on the peasants. When the Doctor learns that robots are residing in England circa 1100's, his interest is suddenly piqued...

Mark Gatiss is one of my favourite writers. Aside from one misfire during the show's sixth series, all of his episodes for Doctor Who have been very enjoyable, a characteristic which applies to Robot of Sherwood as well. Gatiss' latest script seems to take inspiration from his last contribution The Crimson Horror in that the story is a high-spirited romp peppered with the writer's usual vein of sly, black humour. This comedy reaches great heights in the scene which finds the Doctor, Robin and Clara imprisoned by the Sheriff; the Doctor and Robin going at each other tooth-and-nail. 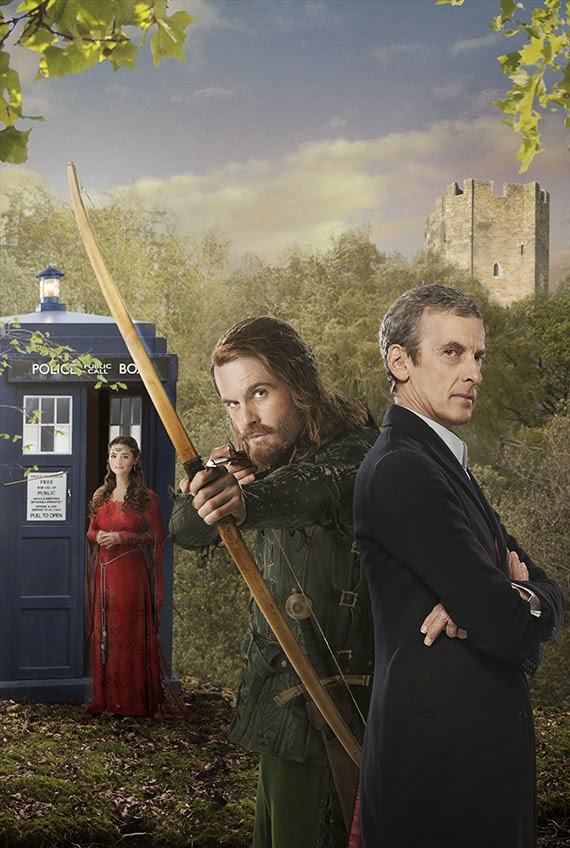 Peter Capaldi continues to shine in the role of the Doctor, and this time around we get to see some new facets of the Twelfth Doctor's character. Capaldi's Doctor, while being dark and serious, certainly has a delightful sense of humour, and despite his more aged exterior, can be quite childish and stubborn. This episode was the perfect opportunity to showcase this different side of the character as we are still looking for a complete image of Capaldi's Doctor.

The guest cast also turned in fine performances. Tom Riley was excellent as Robin Hood, obviously channeling Errol Flynn with a few good-natured parodying moments of the famed actor. While Riley's Robin may have appeared to be a bit too one-dimensional, his final scene with Capaldi added some much-needed layers to Robin Hood. Ben Miller as the evil Sheriff of Nottingham also appeared to be channeling movie villains of old in his over-the-top presentation. He pulls the part off with great bombast and makes for a fine foil.

While the performances were on a whole good, the script wasn't Gatiss' best. While a humorous romp, the episode seemed to lack drama and I never felt that much was at stake. The titular robots were also rather underused and simply didn't make a great impression. That is not to say that the episode was a disappointment. It did exactly what it was made to do - entertain! I would be lying if I said that I didn't laugh out loud at some moments and found myself drawn into the story line.

With a fun story, some excellent dialogue and great performances not only from its principle cast but guest stars, Robot of Sherwood was a truly fun episode of Doctor Who. Peter Capaldi continues to impress as the Doctor and I cannot wait for the rest of the series to unfold. In the meantime, I give Robot of Sherwood 3.5 out of 5.

Next Week - Listen by Steven Moffat
Posted by Nick Cardillo at 7:22 AM