Review - "Doctor Who: Kill the Moon" As Series 8 approached, a few episodes received a great deal of advance publicity. Peter Harness' episode Kill the Moon was one of those episodes. Considered to be one of the series' highlights, did the episode deliver like it was expected to: yes.

Deciding to take Coal Hill School pupil Courtney Woods (Ellis George) on an adventure, the Doctor (Peter Capaldi) and Clara (Jenna Coleman) travel to the moon. However, they couldn't have arrived at a worse time. A space ship, loaded with nuclear weapons, crash-lands on the moon's surface. Headed by astronaut Lundvik (Herminoe Norris) and her team, the crew finds themselves on an abandoned lunar base which has been overrun by spider-like creatures. Something is living beneath the moon's surface and it could potentially destroy all humanity. Clara and the Doctor will have to question their own morals in order to save the day.

It is interesting that Peter Harness decided to set his debut Doctor Who episode on the moon - a setting which hasn't been used since 1967's The Moonbase. For a debut episode, Harness delivered. Kill the Moon managed to be both incredibly atmospheric and morally-challenging at the same time. The episode's first half with the Doctor and the others discovering the long-dead astronauts killed by the spider creatures was incredibly creepy stuff (especially for a viewer such as myself who suffers from an intense case of arachnophobia).

At the same time, the episode proved to be one of the most morally-challenging in the show's history. I love when Doctor Who challenges the morals of its audience (which makes such stories as Midnight or A Town Called Mercy personal favourites). This episode played with the series' usual conventions and placed the tough decision entirely on the shoulder's of the Doctor's companions. It was a powerful, gutsy move, but I think it worked out very well. 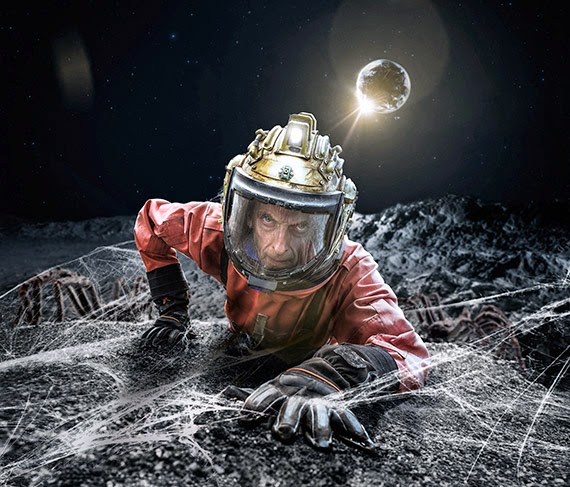 I don't hesitate in suggesting that this was the best-acted episode of the series so far. Peter Capaldi stole the show as the Doctor and we get to see the Twelfth Doctor's darker nature like never before. Capaldi's Doctor is unmatched in terms of gravitas which he brings to the role. I know many viewers are put off by the Doctor's new-found prickly nature, but this is a fantastic representation of the character's ever-changing personality. Kill the Moon was originally intended to be a Matt Smith story which I cannot imagine at all. I can't see any other Doctor other than Capaldi purposefully abandoning his companions in order to prove a point and allow them to learn something about themselves.

Jenna Coleman also had her finest moments here. I don't want to sound redundant but Clara continues to be the Doctor's most challenging companion and surely the most independent. Her decision to leave the Doctor altogether was a bold move, and Jenna Coleman's acting made the scene seem entirely justified. Both Capaldi and Coleman made the episode a powerful one to watch and truly reinforced the episode's focus on morality.

In all, Kill the Moon was the strongest outing of Series 8 so far. With a haunting story-line and truly powerful acting, I do not hesitate in giving the episode a 4.5 out of 5 stars.

Next Week - Mummy on the Orient Express by Jamie Mathieson
Posted by Nick Cardillo at 6:41 AM