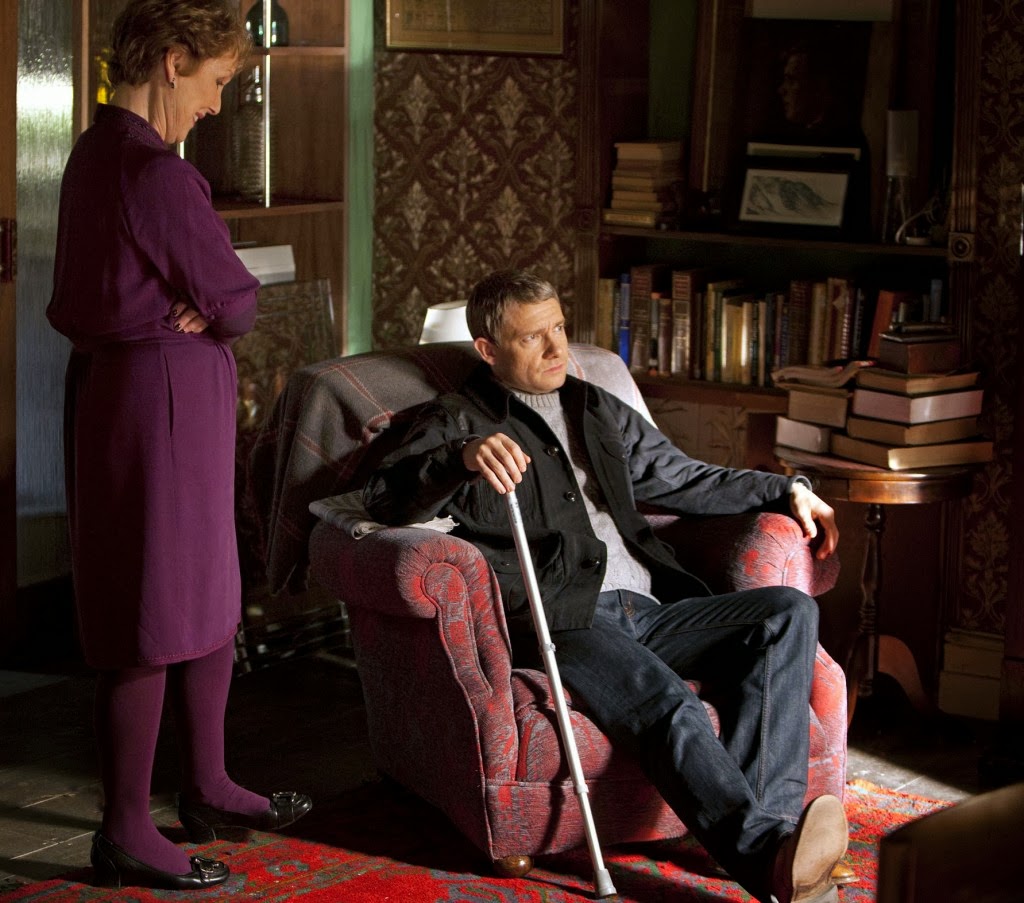 Ernest Hemingway had A Movable Feast and Arthur Conan Doyle had 'A Movable Wound.' Well, sort of. Despite the fact that Doyle was an excellent writer, crafting some of the finest stories in literary history, he wasn't exactly concerned with continuity. This leads to some interesting and at times problematic mistakes within the Sherlock Holmes canon.

To those readers who may not know the canon like the back of their hand, let me name a few such continuity issues. 1) In A Scandal in Bohemia, Holmes' landlady is inexplicably named Mrs. Turner instead of Mrs. Hudson. 2) In the following short story, The Red-Headed League, two dates are given when it comes to the story's setting - April and October of 1890. 3) Dr. Watson's first name is John, yet in The Man with the Twisted Lip, his wife calls him 'James.' Odd that Watson's wife wouldn't know his name. This lead Sherlockian and creator of detective Lord Peter Wimsey, Dorthy L. Sayers to propound the theory that Watson's middle name is Hamish which is Scottish for James. 4) In Wisteria Lodge, the setting is given as 1892, which in terms of chronology is impossible as Holmes was pretending to be dead during this period after facing Professor Moriarty at the Reichenbach Falls.

Yet, the most infamous problem is the position of Dr. Watson's war wound. It seems like a minor detail, yet it has stirred an interest in Sherlockian authors and scholars for years. The problem first arises in A Study in Scarlet in which Watson says: "[I was] struck in the shoulder by a Jezail bullet, which shattered the bone and grazed the subclavian artery." Yet, in the following novella, The Sign of Four, he describes his wounded leg: "I had had a Jezail bullet through it some time before, and though it did not prevent me from walking it ached wearily at every change of the weather."

So, where was Watson wounded during the Afghan campaign? There have been various depictions of the good doctor's injury throughout the years. In the 1976 film, The Seven-Per-Cent Solution, Robert Duvall's Watson is seen walking with a cane and a pronounced limp, implying a leg wound. More recently in A Study in Pink, writer Steven Moffat poked fun at the inconsistency by having John sustain a shoulder wound but having a psychosomatic limp. Another theory, and a far less likely one, is that Watson was shot twice during the Afghan war - once in the shoulder and once in the leg. You pity Watson all the more if this were the case, and one sympathises with the doctor to an even greater extent when he is shot again in The Adventure of the Three Garridebs. To quote from that story:


"In an instant he had whisked a revolver from his breast and had fired two shots. I felt a sudden hot sear as if a red-hot iron had pressed my thigh. There was a crash as Holmes' pistol came down on the man's head. I had a vision of him sprawling upon the floor with blood running down his face while Holmes rummaged for the weapons. Then my friend's arms were round me, and he was leading me to a chair."


Could Watson have sustained three wounds in his lifetime? I suppose it's possible, but the fact that Watson was on the brink of death after one war wound makes the probability of this particular explanation pretty slim. I for one believe that Watson was wounded in the leg, but that's just my opinion.
Posted by Nick Cardillo at 3:46 AM