Review - "The Stuff of Nightmares" 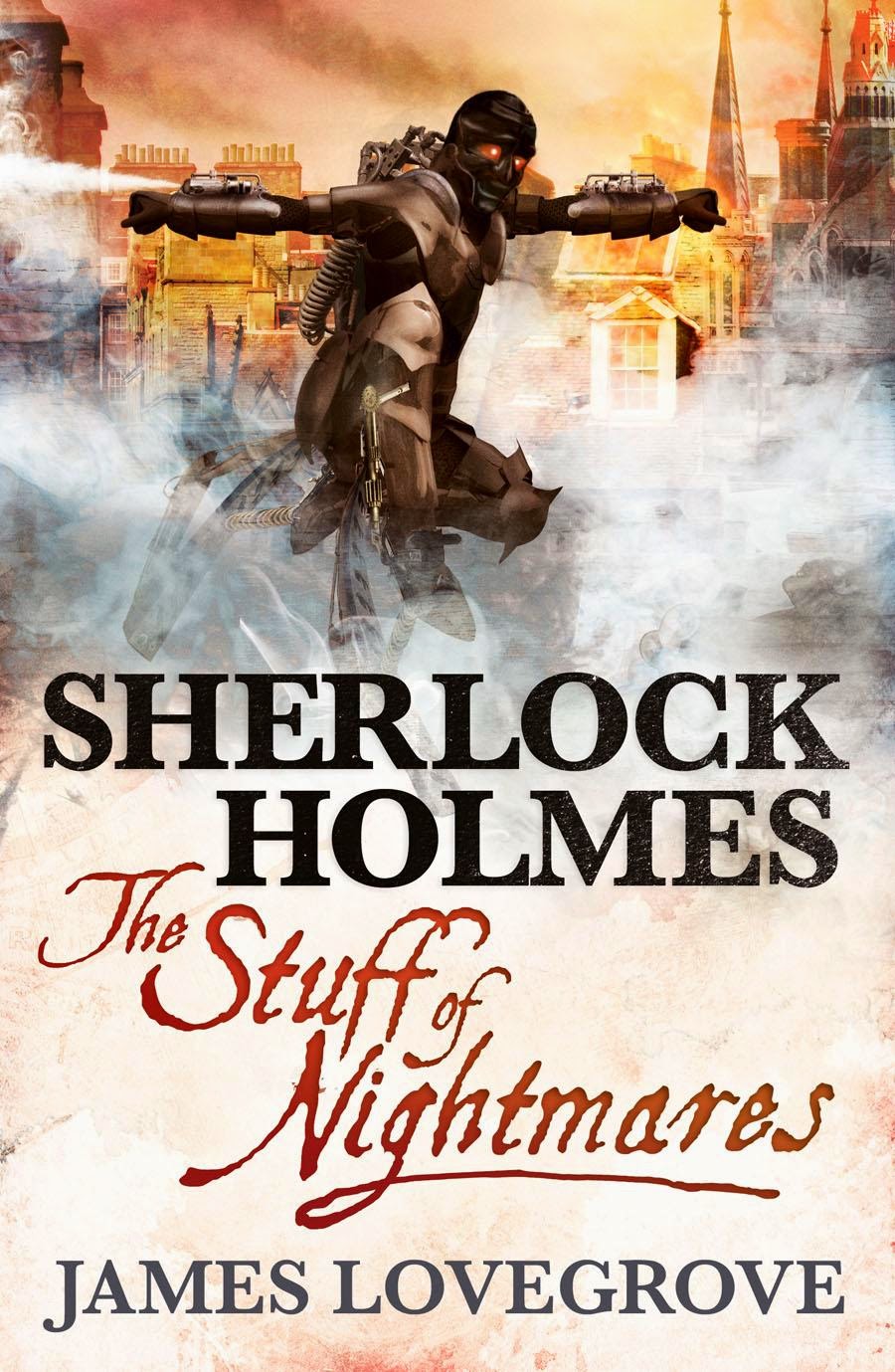 There has been a new trend in Sherlock Holmes pastiches recently. More and more frequently, the intrepid Baker Street detective is finding himself crossing genre lines into steampunk. For those unaware of this emerging genre, steampunk is a sub-genre of science fiction in which advanced machinery and technology can be found in a nineteenth century setting. I freely admit that I am not the biggest fan of steampunk - my logical brain doesn't much take to anachronisms. All the same, I was intrigued by the interesting plot synopsis for James Lovegrove's first Sherlock Holmes pastiche, despite its steampunk trappings, and today his book, The Stuff of Nightmares is the subject of today's review.

It is 1890 and a spat of bombings have caused mass hysteria in London. When Dr. Watson nearly falls victim to the latest bomb planted at Waterloo Station, he insists that Holmes investigate the matter, especially when Mycroft asks for his brother's assistance. Holmes is at first reluctant to take the case, saying he is far more interested in the so-called Baron Cauchemar - a vigilante reportedly seen in the East End of London, equipped with mysterious metal armour weapons far more advanced than anything seen before in the nineteenth century. Holmes feels certain that the mysterious Baron and the recent bombings are connected, and journeying into the city's criminal underbelly, Holmes and Watson are about to engage in one of their most surprising and unusual cases ever.

The Stuff of Nightmares is a difficult book to review. It is heavily influenced by the steampunk genre, which as I noted above is not my favourite. In the scenes which are obviously steeped in science fiction and fantasy, I felt rather unusual having come across things so far removed from the Sherlock Holmes canon that it ceased to feel like a Sherlock Holmes book anymore. The book's climax in particular was incredibly jarring in its absolute craziness, and if it had been placed earlier in the book I'm not sure if I would have finished reading.

I applaud Lovegrove for his valiant efforts in replicating Doyle's style of writing, though his Watson-voice does falter at times, and there were a few too many modern phrases to be found. Where Lovegrove did succeed, and quite well I might add, was in replicating Holmes' deductions. There were quite a few to be found in the book, and each of them was well thought out and made for enjoyable reading. I also enjoyed the vein of dark humour which ran through the book, especially a few wisecracks from Holmes and Watson which made me smile.

However, the highest compliment I can give to The Stuff of Nightmares is how incredibly entertaining it was. Despite the steampunk nature of the story and the crazy plot developments so far removed from the Canon, I was enthralled all the way through and managed to finish the book in two sittings. When the story diverged from steampunk and fell back on traditional mystery, the story was at its best and the presentation of the original characters was excellent.

Though The Stuff of Nightmares may have at delved into the fantastical a bit too much, the story did retain some of its mystery roots. The presentation of Holmes and Watson was well-done, and in all the novel was an exciting, quick read. I therefore give The Stuff of Nightmares 3 out of 5 stars.
Posted by Nick Cardillo at 3:48 AM