Review - "The Will of the Dead" 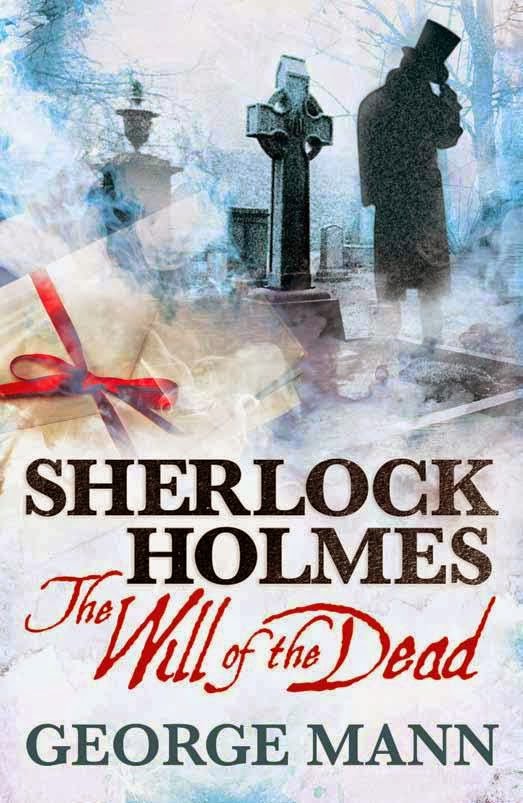 When I learned that George Mann would be writing a Sherlock Holmes book I was excited. Though I have read little of his work, he has written a number of interesting-sounding titles in genres ranging from mystery to science-fiction, and his bibliography includes some associations with Doctor Who as well. Mann was also responsible for Big Finish audio's second Sherlock Holmes release, The Reification of Hans Gerber.

I must admit that my anticipation for Mann's book was somewhat lessened when I read the plot description and learned that the book would merely be a novelisation of his Big Finish script. That doesn't necessarily mean that the eventual final product, The Will of the Dead is bad, and it is the subject of today's review.

The plot follows much the same lines as its audio-drama counterpart. When the wealthy Sir Theobold Maugham suffers a terrible accident and dies. His nephew Peter arrives at 221B Baker Street after the fact to consult Holmes and Watson. Peter does not think that is elderly uncle died of foul play, but has come to consult the detective after Sir Theobold's will disappears, and if it is not recovered Sir Theobold's oldest nephew, Joseph, shall inherit the entire estate. Holmes feels that there is something wrong with the whole story and begins his investigation at once, and it is before long that the intrepid detectives discover that Sir Theobold's fatal accident was in fact an act of murder. Meanwhile, Inspector Charles Bainbridge has been detained with another case as he investigates a spate of daring jewel robberies which seem to have been perpetrated by robotic men! As the Inspector gets closer to the truth, will he have to rely on the aide of the great Sherlock Holmes?

The Will of the Dead was an interesting Sherlock Holmes book. Released from Titan Books, the novel follows a similar vein as the publisher's previous Holmes book, James Lovegrove's The Stuff of Nightmares, in that the detective finds himself in steampunk-inhabited world. As I have written before, I'm not crazy about steampunk on a whole, so luckily the more fantastic elements were toned down in this book, and Holmes' involvement in the 'iron men' jewel robberies was minimal.

As for the actual plot, it's good, not great, but it's a nice addition to the Holmes canon. Due to the fact that the case involving Sir Theobald's missing will is firmly rooted in fact, it could easily stand alongside Conan Doyle's Canon. However, due to my knowledge of this story's Big Finish release, I was a little underwhelmed as I knew all of the twists and turns which to come my way, and reading some of the same dialogue and description verbatim was a little jarring at times. However, this would not be a problem to the casual reader, who it is likely would be reading this story for the first time.

My only true complaint about the book is it structure. The plot about Sir Theobald's missing will, the highlight of the book, was in no way connected to the 'iron men' robberies, and the few references which were made about the case seemed truly out-of-place as the two stories really couldn't be more dissimilar. If the 'iron men' plot had been removed entirely, it would not have altered the story in any way.

In all, The Will of the Dead was a good, but flawed Sherlockian effort. The plots, though tenuously-connected were interesting, and the novel was an entertaining read. With news that Mann has written another Sherlock Holmes pastiche to released in August of this year, I will certainly be anticipating its release. The Will of the Dead is given a solid 3.5 out of 5 from me.
Posted by Nick Cardillo at 5:28 AM